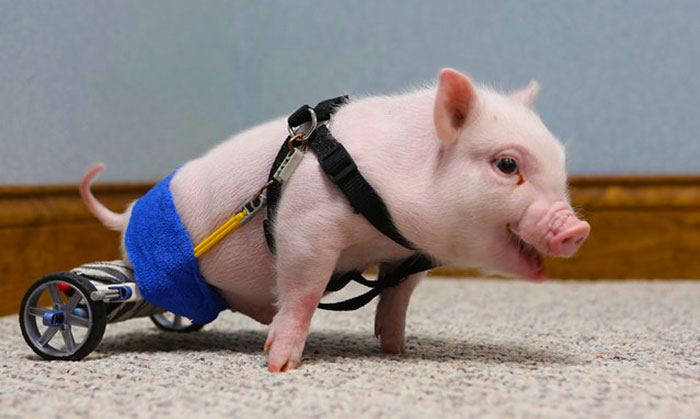 Animals still have lots to teach us humans about the world. Unconditional love, hope and forgiveness comes naturally to the beautiful creatures that inhabit this earth, and we can all take a lesson from their book. When you see these 13 handicapped animals and their inspirational and remarkable stories of recovery, it may help to put things into perspective. We all have our hardships, and these animals are taking them on full force.

Check out these awesome animals and their devices that help them continue to live prosperous lives:

Four-year old Billy, whose hind legs have been paralyzed since birth, ran for the first time with the aid of his roll car. 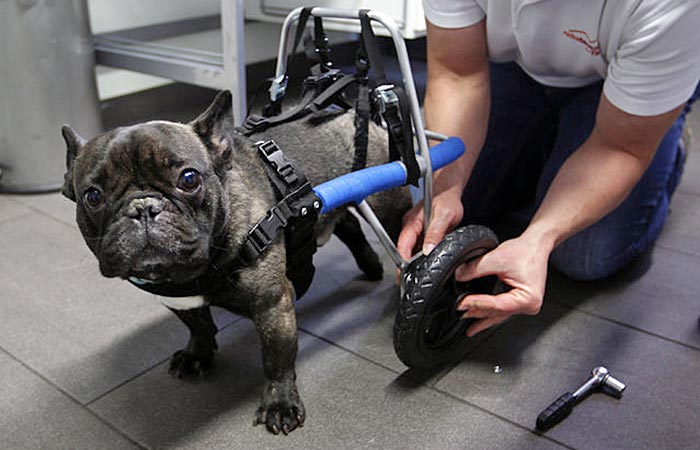 An injured female turtle walks with the aid of her newly attached wheels at the Wildlife Hospital in Israel. 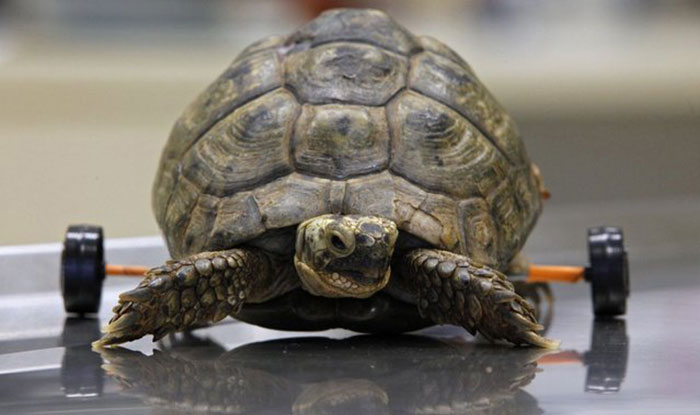 A seven-year-old disabled cat named Cici is helped to walk by a device as she participates in “Cat Show 2002” in western Turkey. 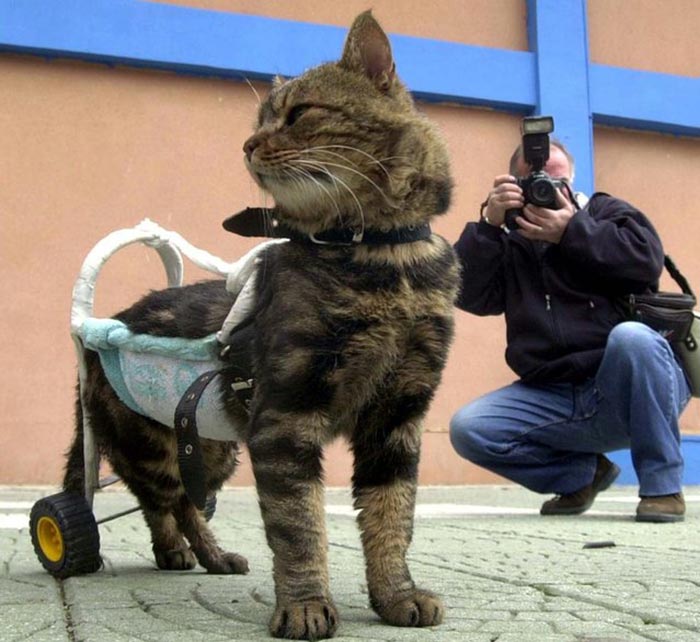 A four-year-old mixed breed dog born without front legs, uses a prosthetic device to walk outside. 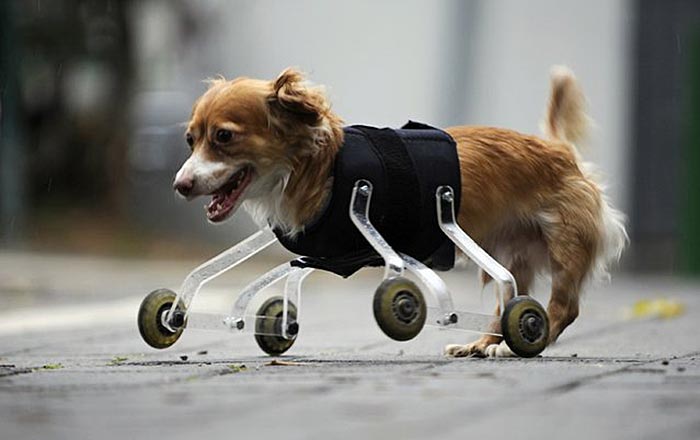 This dog named Naki’o lost all four of his feet to frostbite when he was abandoned as a puppy in a foreclosed home. 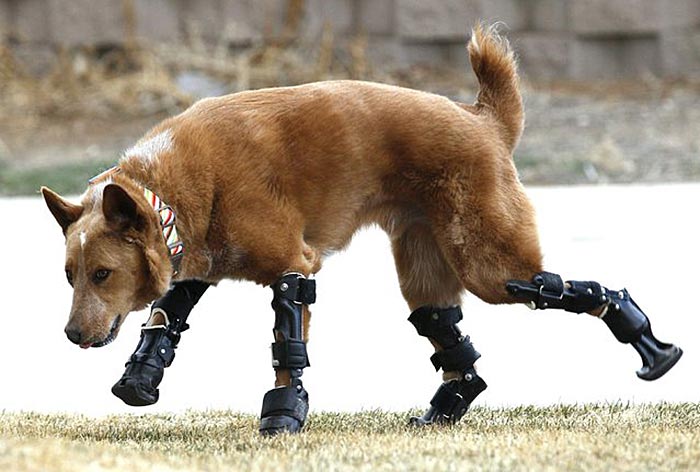 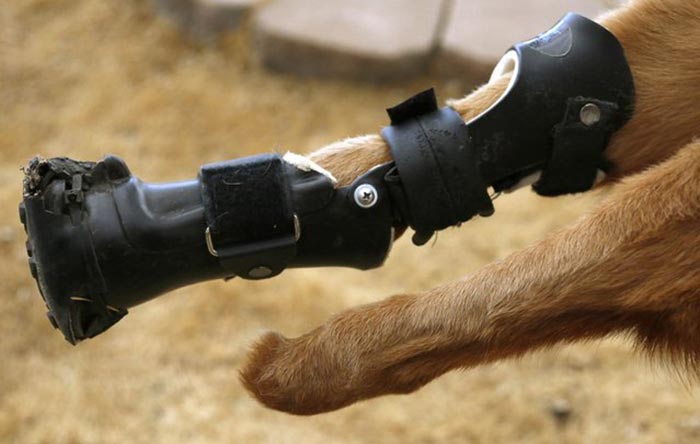 Two-year-old Oscar can walk again after being fitted with prosthetic limbs in a world-first operation. His legs were severed by a combine harvester. 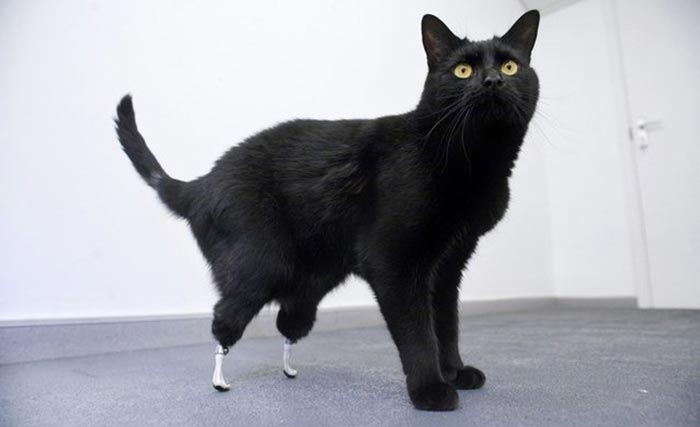 This 48 year old female elephant named Motala can now walk again with her newly attached prosthetic leg after it was badly injured when she accidentally stepped on a landmine at the Myanmar-Thai border. 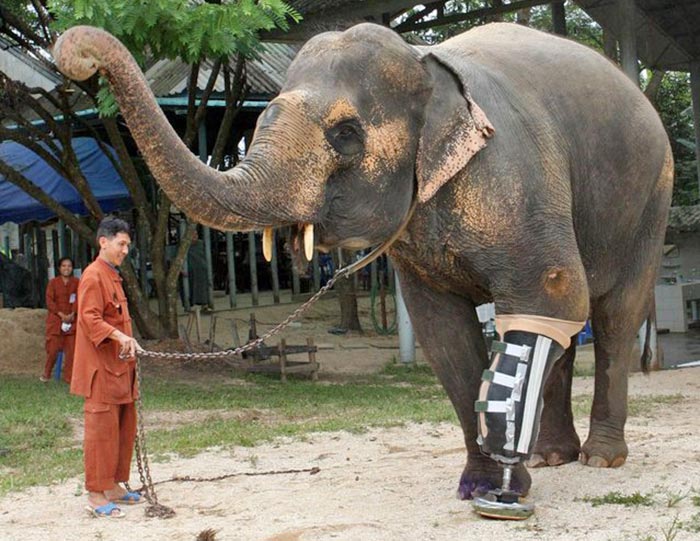 This Yorkshire Terrier named Hope shows off her uni-wheel attached to a doggie vest in Colorado. 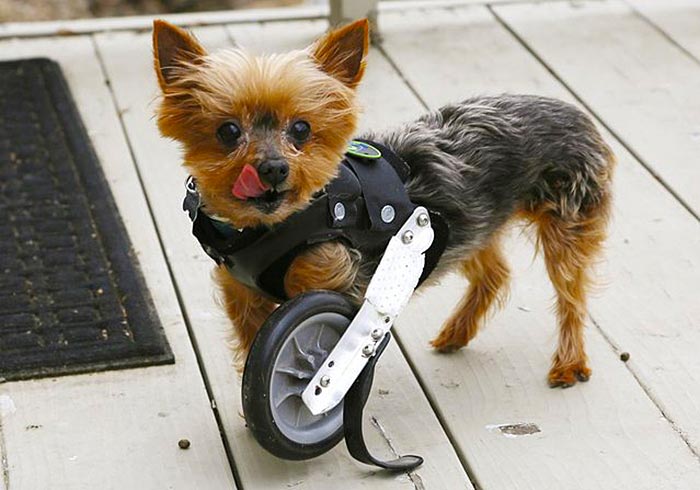 After her front flippers were shredded from a brutal encounter with a shark, this 25 year old female loggerhead turtle named Yu swims again after receiving her 27th pair of prosthetic flippers at the Suma Aqualife Park in Kobe, Japan. 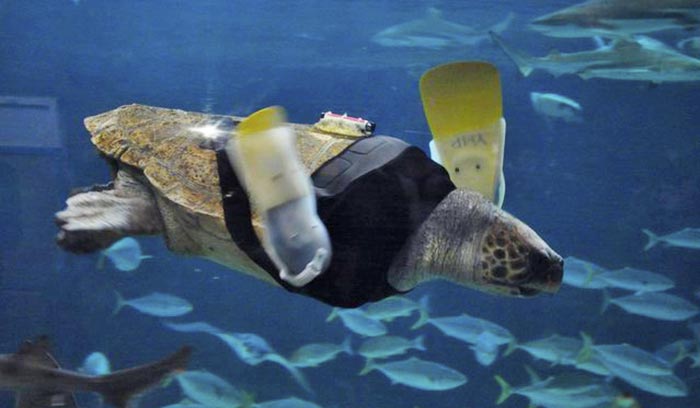 Members of a Mexican drug cartel chopped off this dog named Limon’s paws to practice cutting fingers off kidnapped people. Poor Limon was found in a dumpster bleeding and legless, but is making a full recovery with hew newly attached front legs. 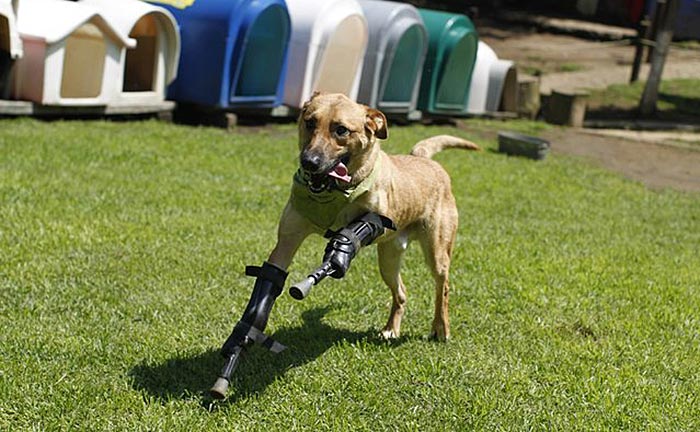 Fuji the dolphin lost 75 percent of her tail due to an unknown disease. The dolphin can now swim and jump with her artificial tail fluke, which is believed to be the world’s first artificial fin for a dolphin. 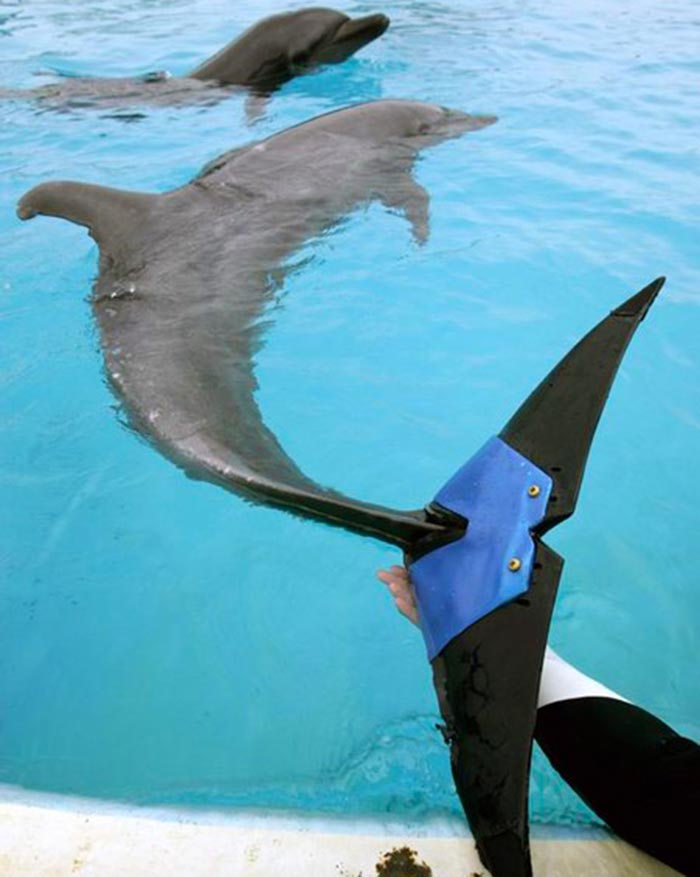 This dog named Snow had to have her right foot amputated to prepare for her artificial leg and foot in Denver, CO. 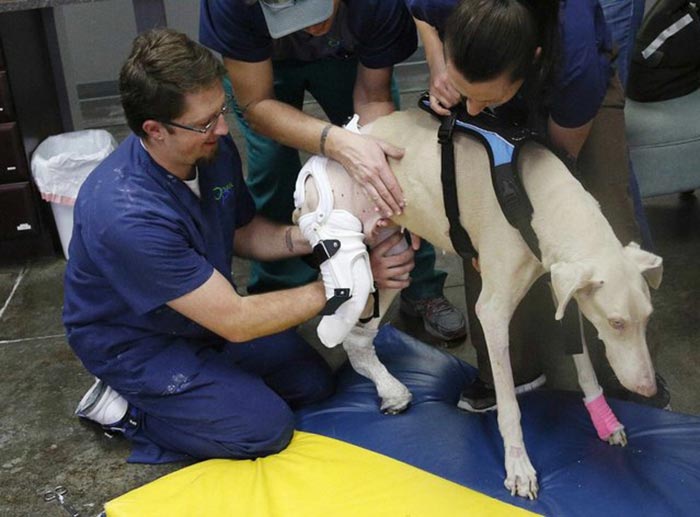 Chris P. Bacon was born without the use of his hind legs. Last month, the pig’s owner turned the piglet over to a Clermont vet who decided to help the little guy by making him a wheelchair using toy parts. 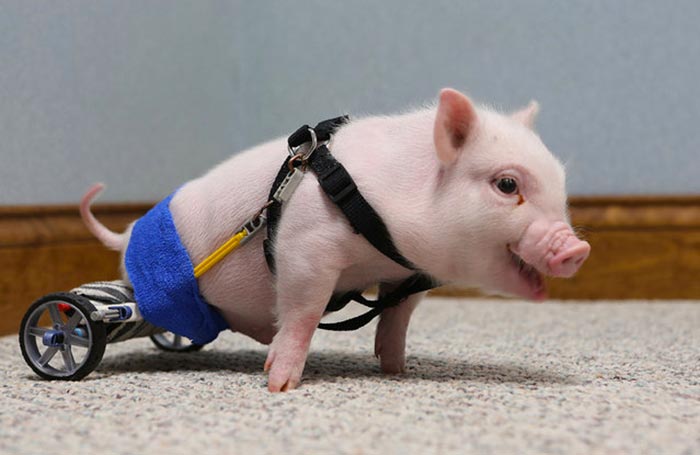